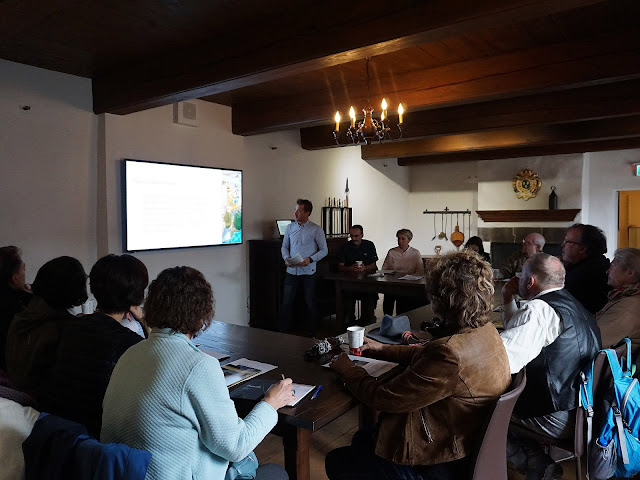 The ICOMOS ICTC visited numerous cultural and historic sites in Canada and the United States. Discussions were arranged with the staff of these sites focusing, among other things, on how they see themselves fitting into the larger cultural tourism offerings in the Burlington-Montreal Cultural Corridor, how they market to cultural tourists and how they think they might be able to improve their offerings in an integrated manner, and the overall cultural tourist experience in our study area. The sites visited include: historic museums, heritage districts, transportation facilities, maritime archeological museums, iconic resorts, geographically important features, indigenous cultural sites; and many more. 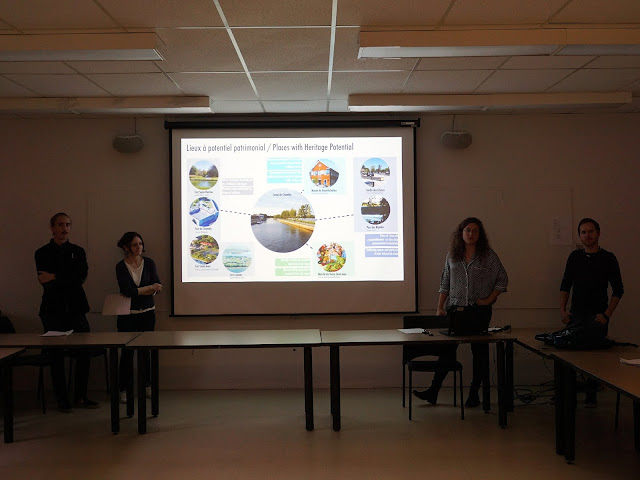 A student charrette with the Université de Montreal’s School of Architecture was also held focusing on the ideas of cultural tourism and landscapes in our study area. The group met with the students as they presented their preliminary conclusions and recommendations at the meeting on October 6th in Philipsburg, Quebec. On October 7th, the 2018 ICTC AGM in Montreal was convened. 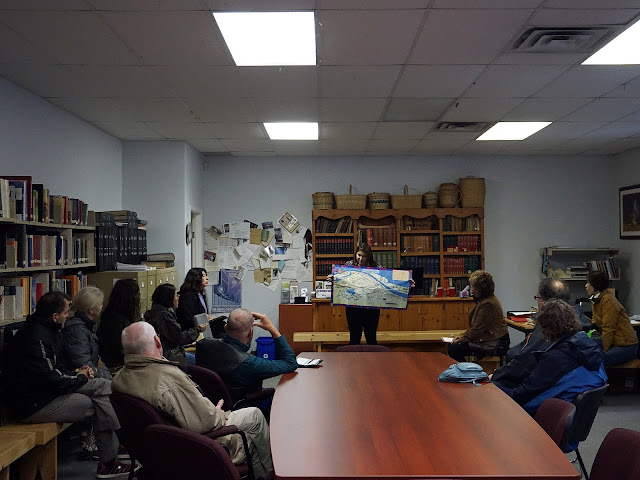 The ICTC Study Group was intrigued to find that the international area that include Quebec, Canada and Vermont and New York States, USA shares the same history, even though alliances have changed over time, starting with the original First Nation inhabitants of the area. The international region shares the same environment, the same mixing between people, and the same wars and crisis. First People, French and British settlers, later generations born in North America, and imported or second- generation Afro-Americans met and either helped each other or struggled for dominance or greater economic gains. The people were geographically, culturally, and economically linked by the waterway, which they used for fishing, travelling, and trading, as well for drinking water, energy, and commerce. 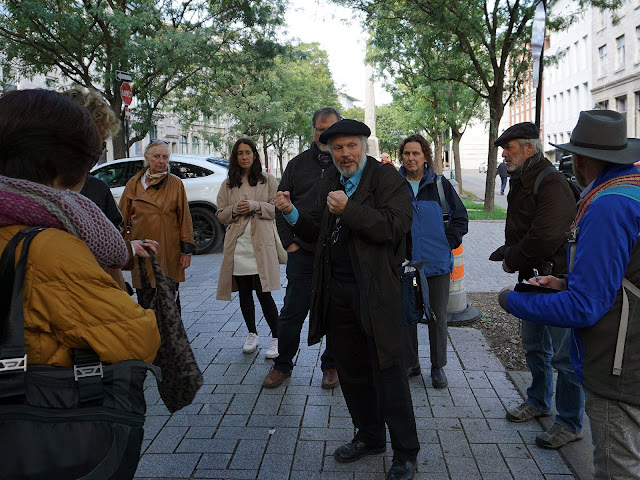 Over time, the residents of the corridor have produced a rich and various cultural and architectural heritage, cultural landscapes, and now remarkable museums and historic sites, while preserving the waterways themselves and the associated natural environments, with diverse fauna and flora above and below water.

All these elements, all these common or individual stories, added one to another, presented as part of a whole, could produce a narrative that would attract many curious visitors. The waterway constitutes the link between culture and nature, architecture, landscape, and environment; between the people living around it, between two countries with several languages and origins but a common background, and numerous first nations. The Champlain Valley Cultural Corridor could become a beautiful transnational project of sustainable development based on global heritage. 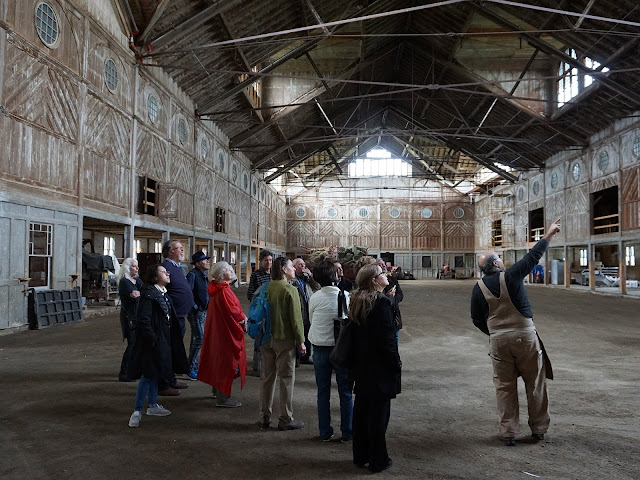 Recommendations
The ICTC Study Group believes that there is a very real potential for creating a unified Cultural Corridor in the Chaplain Valley that has not yet been realized.

It became clear during the ICTC Study Group’s discussions with the various partners during the five- day tour of only Quebec and Vermont that the State of New York and the western side of Lake Champlain should be a natural and necessary participant in the work in the project. The Cultural Corridor could even extend as far south as New York City and possibly east to Quebec City. They also thought that it would be best to work with an existing entity, organization, or alliance rather than to set up a new one specifically for this task. They believed that the Champlain Valley National Heritage Partnership (CVNHP) already has the development of a Lake Champlain or Champlain Valley Cultural Corridor as part of its mission. The CVNHP appears to be in a position to undertake most of what the ICTC Study Group envisions as possible in this region. 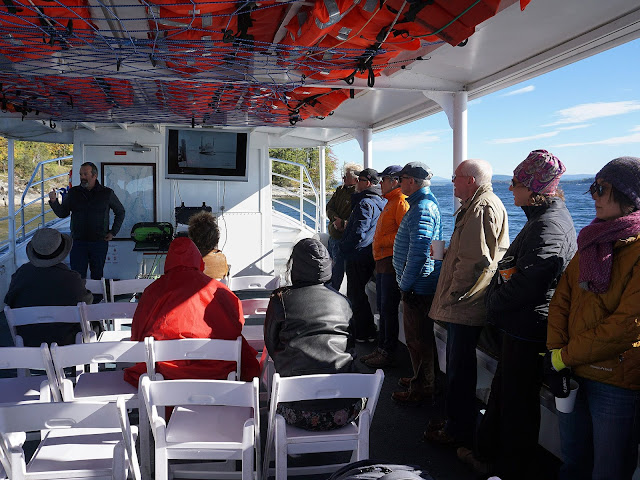 While there is already cooperation between many of the CVNHP members, too many of the cultural resources and organizations in the Study Area are still working alone, or with only a few select other organizations or sites. There are no well-funded, highly active partnerships working at the trans-national scale, or even on both sides of the Lake Champlain. The CVNHP includes partners from both countries and both states but appears to lack the needed funding and serious commitments from many partners to carry out its mission. The ICTC Study Group thinks that the CVNHP has great potential that is not yet developed. It also appears that, for the moment and from the information we saw, the Province of Quebec and Canada are more spectators in the CVNHP than active participants.

To fully realize the mission of the CVNHP and the creation of a Lake Champlain Cultural Corridor, the ICTC Study Group thinks it would be necessary to agglomerate the separate initiatives already existing in the region around the powerful concept of a Cultural waterway route, that extends from Quebec City, Sorel and Montreal, to the Hudson River, through the interconnected network of lakes, rivers, canals, and valleys.

The concept could begin with the Champlain Valley, from Montreal to Burlington, which would also include the urban, rural, and natural surrounding landscape associated with the cultural waterway route. Over time it could expand to include the larger regions along the St. Lawrence and Hudson Rivers. 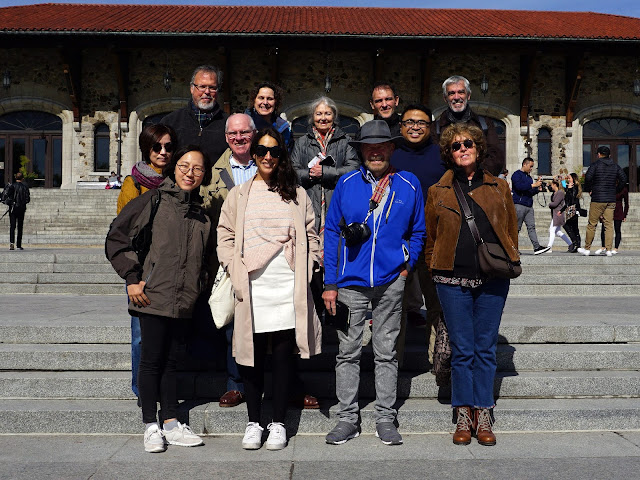