Past Conferences, Seminars, and Workshops 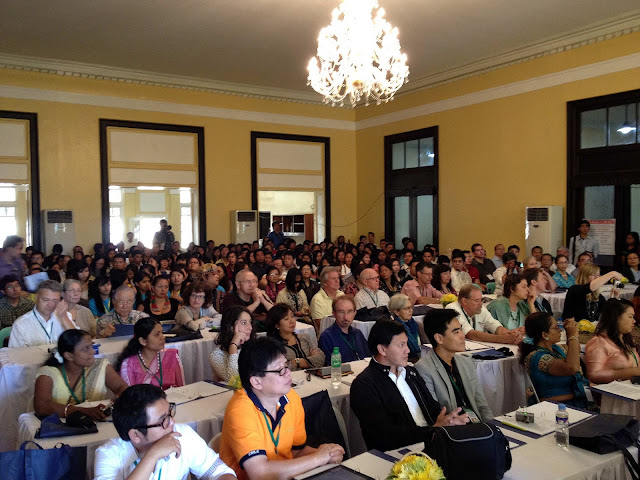 ICOMOS International Cultural Tourism Committee (ICTC) has a policy of working around the globe in partnership with ICOMOS National Committees (NCs) and/or by contributing to international conferences as well as holding our own round table meetings and international expert seminars. This section lists down past conferences organized by the ICTC.
2020 – Sukhothai 2020 Roundtables on Tourism, Heritage and Creative City
Follow-up meeting to 2013 ICTC Sukhothai Study Tour, Sukhothai, Thailand, 21 – 23 September 2020
ICTC collaborated with the Designated Areas for Sustainable Tourism Administration (DASTA) of Thailand for the Sukhothai 2020 Roundtables on Tourism, Heritage and Creative City. The conference with tourism authorities in Thailand to support the tourism planning and development in the post-COVID era for the Historic Town of Sukhothai and Associated Historic Towns World Heritage site was held from September 21 to 23, 2020. Part of the discussions built on the contributions and report that the ICTC made during its 2013 Sukhothai Study Tour. ICTC's participation was led by ICTC Vice President Dr. Jaturong Pokharatsiri.
2020 – 6 ISCs Joint Meeting: Advanced Risk Management for the Shared Future
Fergus Maclaren served as the ICTC representative for the event that included representatives from ISCARSAH, ICORP, ISCES+CC and CIPA organized by ICOMOS Taiwan on 17 October 2020
2017 – Cultural Heritage Conservation & Sustainable Tourism Expert Seminar and International Cultural Tourism Charter Review +20
ICOMOS ICTC International Expert Symposium & Workshop, Florence, Italy, 18 – 19 May 2017

This event included keynote speakers Peter DeBrine, World Heritage Sustainable Tourism Project (WHSTP) UNESCO and Jin-Yung Woo Adviser on Tourism and Culture UNWTO with delegates from Thailand, Mexico, USA and Europe. Following animated debate this two day event has produced a number of outcomes that are on-going. First, the “Florence Declaration” on Cultural Heritage Conservation & Sustainable Tourism for Development to be presented to ICOMOS 19th General Assembly in Delhi, December 2017; second, reaffirmation of the need to continue the Charter Review process and finally reinforcing the need for further research linking cultural heritage conservation & sustainable tourism to the implementation and measurement of the UNSDGs as a collegiate process with ICOMOS colleagues and with our partner organisations – UNESCO, UNWTO and IUCN.

ICTC’s involvement with the nature-culture journey and working with representatives from indigenous communities is long established and is referred to in our 1999 Charter www.icomos.org/charters . The significance of these essential interrelationships is highlighted by our recent ICTC research in the Seychelles 2015, Tuscany Italy 2014, Sukhothai Thailand 2013 & Ifugao, Philippines 2012. And the debates have moved on. They have moved centre stage with the adoption of the UN Sustainable Development Goals 2030 and publication of ICOMOS’s joint report with IUCN on the Connecting Practice Project which is working towards a connected approach to considering nature and culture under the World Heritage Convention www.iucn.org/about/work/…/wcpa…/linking_culture_nature/ .
2016 – Who benefits? Who cares? From the Fairy Chimneys to Fairy Tales and Consuming Passions
The Development of Cultural Tourism in Cappadocia National Park UNESCO World Heritage Site & its Surroundings

An exploration of the reconstruction of cultural, natural and historic values of heritage for the visitor economy co-organised by ICTC & ICOMOS Turkey, 20-25 October 2016. This workshop was postponed due to political uncertainties in the region at the time.

The seminar included representation from the African World Heritage Fund (AWHF), and was co-organised by ICOMOS ICTC & ICOMOS Seychelles, sponsored by the Seychelles Ministry of Culture & Tourism.

Our discussions focused on key issues impacting on cultural heritage conservation & protection and the visitor & community interface. We examined what strategic and operational planning and management leads to positive cultural interaction and why and when there is disengagement amongst tourists and local people from the cultural heritage they either live within or experience as tourists, ultimately leading to dystopia. In addition, we undertook an appraisal of current international doctrines in order to assess requirements for guidance in the 21st century including ICOMOS International Cultural Tourism Charter, ICOMOS Valetta Principles, and UNESCO Recommendation on Historic Urban Landscapes. The UNESCO World Heritage City of Florence was our case study.

ICOMOS ICTC pre-conference study visits before ICOMOS 18th General Assembly, Florence 2014. Part 1 was an itinerary – a cultural route – focusing on the historic cities of Milan, Vicenza, Padua and Venice and Palladian architecture of the Venice region; whereas Part 2 explored the Tuscan lifestyle and ‘Terroir’ as a different kind of cultural tourism practice.

An event co-organized by ICOMOS ICTC, ICOMOS Thailand, Faculty of Architecture and Planning, Thammasat University (APTU) Thailand; and the sponsored by Designated Areas for Sustainable Tourism Administration, or DASTA Thailand, a public organization under supervision of the Office of the Prime Minister.

The settlements attached to the Sukhothai – Si Satchanalai – Kamphaeng Phet Historical Parks have been designated a special area for sustainable tourism development by DASTA. One key priority was identified: ensuring the continuation and integrity of cultural values alongside – and integral to – the earliest stages of tourism development. ICTC responded to the urgent need for researchers and experts to work with the local communities – and before major infrastructure had been constructed.
Designated a UNESCO World Heritage Site in 1991. An ancient kingdom during the 13th and 14th centuries, Sukhothai was located at a strategic crossroad and prospered as a centre of trade. The civilization which involved in the Kingdom of Sukhothai rapidly absorbed numerous external influences and by incorporating them with ancient local traditions forged what is known as the ‘Sukhothai style’.

Apart from historic monuments and archaeological sites, Sukhothai also produces fine quality and prominent ceramics, goldsmith-silversmith crafts and ethnic textile works, among other living traditions and intangible heritages. Policy planning for the sustainable development and the integration of cultural heritage education, interpretation and management processes was non-existent at the time of our visit.

Vigan is ‘the best-preserved example of a planned Spanish colonial town in Asia’ inscribed on the World Heritage List in 1999; and is an emergent tourism destination. The City of Vigan was awarded a UNESCO certificate for “Best Practice in World Heritage Site Management” in 2012 during the week of our conference.
Document: Conference Report